Getting familiar with the various symptoms of ovarian cancer may just help you. The earlier you detect those signs, the higher chance for you to get cured if it’s positively a cancer in one of your ovaries.

Keep in mind though that most symptoms become obvious during later stages, or when the cancer has spread to the surrounding organs. But this doesn’t mean that the signs won’t show up during the early stages. It can still happen but not as extreme as during the later stage. 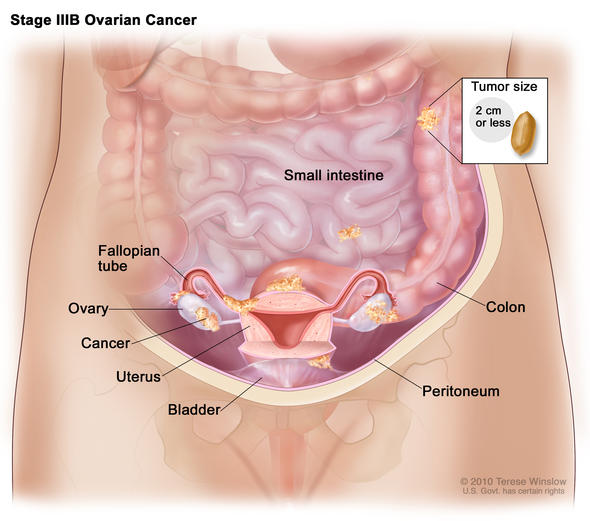 Let’s learn some of the most common symptoms that a patient with ovary cancer will experience.

This happens in one or two of the pelvis depending on where the disease is occurring. It can be a simple pain at first, but when it starts to become frequent it can be really excruciating. That only indicates that the cancer is improving. It’s moving from one stage to the next.

Feeling like full already after several bites is also one symptom of ovarian cancer. Bloating is generally not alarming but if you also have pelvic pain then it can be serious.

The urgency to urinate is very common in women, especially those who are 40 and above, is quite normal. But this is also among the most basic and common symptoms of ovarian cancer. If it’s frequent, you need to have your ovaries checked out.

If you still aren’t at the phase of menopausal, changes in your menstruation can happen if you have ovarian cancer. This is another symptom to keep in mind.

5. Back Pain and Pain during Sex

Aside from pelvic pain, you may also have back pain. During sexual intercourse, pain may also be felt from your reproductive organs.

While these symptoms of ovarian cancer can happen even without the presence of the disease, it must surely warn and remind you to go see a doctor. A gynecologist is the best physician to consult for and have your ovaries diagnosed.

Every woman, especially those who already reach their 20s, must have a regular checkup with a doctor. Early diagnosis provides a greater chance for you to detect any potential threats and eventually treat without making you seriously suffer.

Next post: Cancers that are Common in Men – Top Cancers in Men

Previous post: 5 Things that Give Comfort when You Have Cancer